The doors just closed on this year’s wonderful 31st edition of the Merano Wine Festival, but all wine professionals still have a wealth of must-do events and encounters with Italy’s finest wine producers.

Let’s take a quick overall look at the rich Alto Adige wine show. Those 5 days from 4 through 8 November gave all of us participants an impressive programme of events—more than 50, including a sustainability summit and 16 masterclasses, as well as the chance to meet personally with 700 wine producers selected by Wine Hunter Helmut Köcher. We had the precious opportunity, in the Merano Kurhaus, to sample wines from Italy and across the globe, from prestigious wineries such as Tuscany’s Bertinga, Castello di Querceto, Fattoria Le Pupille, Ornellaia, Ricasoli, Tenuta di Trinoro, Tenuta Luce, and Tenute Silvio Nardi; Cantina Andriano, Cantina Kaltern, and Cantina Terlano from the Alto Adige; Cembra Cantina di Montagna, and San Leonardo from the Trentino; Liguria’s Lvnae; from Piedmont  Pio Cesare and Poderi Luigi Einaudi; the Veneto’s Sartori di Verona, and Sicily’s Tasca d’Almerita.

Looking ahead at the next few weeks, here’s what we suggest jotting down. The latest Guida Oro I Vini di Veronelli will debut on 18 November in Castello di Masino in Piedmont, while 24 November will usher in Vitae at the AIS HQ in Milan, with its annual awards to producers. The 20th edition of Guida Sparkle, all about the “Italy’s best bubbles,” will open its doors on 26 November at Rome’s Hotel Westin Excelsior, followed by an evening gala for Bibenda at Hotel Rome Cavalieri, also in the capital city, on 3 December, as well the debut, at the Auditorium della Tecnica di Confindustria in Rome’s EUR quarter, of the new edition of Guida Vinibuoni d’Italia, which continues its tradition of promoting wines from Italy’s native rape varieties. 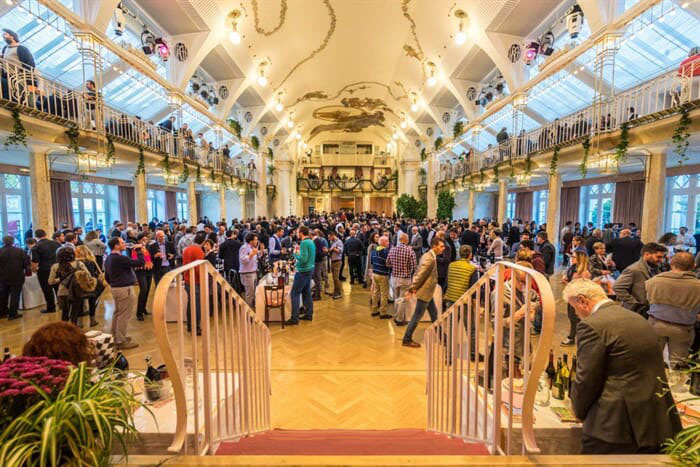